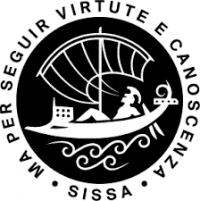 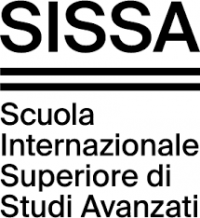 SISSA is a world-recognized international research and PhD school in different fields of science. It works as a post-graduate University in the three main areas of physics, mathematics and neurosciences. In these fields it has a high research and training profile, with a staff of 80 professors, 302 PhD students and over 200 post-docs and other fix-term researchers and with a yearly average of about 500 visiting scientists. As an international school, SISSA conducts all activities in English. All the scientific work carried out by SISSA researchers is published regularly in leading international journals with a high impact factor, and frequently in the most prestigious scientific journals such as Nature and Science. The School has also drawn up over 100 collaboration agreements with the world's leading schools and research institutes. Very often SISSA scientists are part of several international collaborations and, to favour mobility and exchanges, SISSA regularly hosts visiting scientists from other institutions and universities.

The quality level of the research is further confirmed by the fact that within the competitive field of European funding schemes SISSA holds the top position among Italian scientific institutes in terms of research grants obtained in relation to the number of researchers and professors. Such leadership should also be seen in terms of SISSA's ability to obtain funding, both from the private and public sectors.

SISSA is equipped with all necessary infrastructures and can meet all project needs. This includes, in particular, the computer network with access to supercomputers and the scientific library. It provides access to about 6,000 scientific journals and the main mathematics, physics and neuroscience databases, and to the SISSA Digital Library, the open-access institutional archive of the publications produced by SISSA researchers. SISSA has several computing resources available to staff and scientific users. A very efficient Helpdesk and User Assistance team are always available for the researchers’ needs.

The involvement of SISSA within the European Union funded research projects is massive (68 managed projects in the VII Framework Programme and H2020) of which, 23 ERC, including 1 Proof of Concept.

Trieste is known as the City of Science because of its long tradition as a dynamic meeting hub for research, science and innovation, focused on sustainable growth and development, with an impact that extends beyond Italy to the rest of Europe and the developing world. It is internationally renowned for having one of the largest concentrations of scientific institutions in Italy. Trieste has been nominated as the host of the EuroScience Open Forum 2020 from 4 to 10 July 2020.

SISSA participates in the project with the Neuronal Dynamics Laboratory (NDL), active in experimental & computational Neuroscience.

Description the partner’s main task in the project

NDL main role in IN-FET is in the experimental investigation with an in vitro model of epileptic neuronal network and in the characterization and validation of the novel technological platform delivered in this project. NDL leads WP4 and WP6 and contribute with its expertise in cellular electrophysiology and computational neuroscience, employing microelectrode arrays (MEAs), patch-clamp cellular electrophysiology, and calcium-imaging in in vitro dissociated neuronal cultures, with a minor contribution to the quantitative mathematical modelling and computer simulations (WP3) of the ionic actuation technology for single-cell and neuronal network bioelectric properties. As sketched in the figure below, MCNE’s activities will be at the overlap among experimental activity, modelling, and neurotechnologies.

Description and CV of the personnel carrying out the project 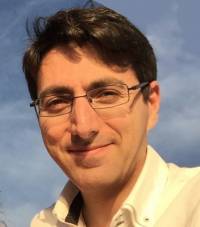 Michele Giugliano (gender: male; orcid.org/0000-0003-2626-594X) graduated in Electronic Engineering at the Univ. of Genova (Italy) in 1997, summa cum laude, and obtained a PhD in Bioengineering with distinction in 2001, from the Polytechnic University of Milan. In 1997-2001, he worked at the Dept. of Biophysical and Electronic Engineering (Univ. of Genoa) with M. Grattarola, who was one of the pioneers of the technique of microelectrode arrays. In 2001 he became Human Frontiers Science Program long-term fellow and moved to the Dept. of Physiology of the Univ. Bern (Switzerland), where he combined conventional patch-clamp with arrays of microelectrodes. In 2005-08, he was group leader at the Brain Mind Institute (EPFL, Switzerland) with Prof. H. Markram, where he exploited carbon nanotubes to interface artificial devices to neurons. From 2008 to 2019, he has been Full Professor at the University of Antwerp (Belgium) and since 2019 he is Principal Investigator at SISSA and leads an interdisciplinary group of researchers, active in Neuroscience & Neuroengineering. He has been visiting academic at the EPFL (Switzerland) and at the Univ. Sheffield (UK).

MG has a very strong experience in leading and participating in collaborative interdisciplinary research project. MG is currently coordinating the BRAINLEAP FP7 FET project on novel neuron-device interfacing, and the NAMASEN FP7 ITN consortium on Neuroengineering training. He is part of the HUMAN BRAIN PROJECT, and he has been a member of the NEUROACT FP7 IAPP consortium on exploitation of novel technologies for neurodegenerative disorders. MG has previously been PI in the ENLIGHTENMENT FP7 FET project on Optogenetics, and he was partner and co-initiator of the MERIDIAN FP7 NMP, ACIN FP7 MATERA, and NEURONANO FP6 NMP projects, all three involving carbon-based nanomaterials or nanoparticles and focusing on their exploitation for brain interfacing applications. He is finally coordinating or participating in several local, (inter)national joint projects (funded by Belspo, SNSF, IWT, FWO, Royal Society), hosted a Marie-Curie incoming fellow, and was member of CEREBNET & C7 FP7 ITN consortia, training several researchers.

Description of infrastructures relevant for the project

NDL has dedicated office and lab space and its equipment of the lab includes 6 set-ups for in vitro single-cell cellular patch-clamp electrophysiology, operating in real-time (i.e. dynamic-clamp). They also include galvo-mirror controlled laser and wide-field LED optogenetic stimulation, combined to conventional MEAs and CMOS high-density amplifiers and stimulus insulators. A dedicated microscope for Calcium-imaging, a lab with cell culturing facilities, and an in-house high-performance computer cluster for data-analysis, and mechanical/electrical workshops are also available in house. Finally, NDL has full access to animal housing, imaging centres of excellence, cell culturing facilities and extensive experience in computational approaches and hybrid experiments.